My name is A.J. Lape and I'm the author of the Darcy Walker High School Series, Darcy Walker Investigations Series, Detective Rivera and Gutierrez Novellas, and 15 Saddles MC series, an action/adventure thriller found on the Kindle Vella app. I'm thrilled you dropped by my site and hope you check out all of the cool things we've included!

Don't forget to sign up for my monthly newsletter to keep up with my characters and be the first to know about sales, sweepstakes, and upcoming releases. 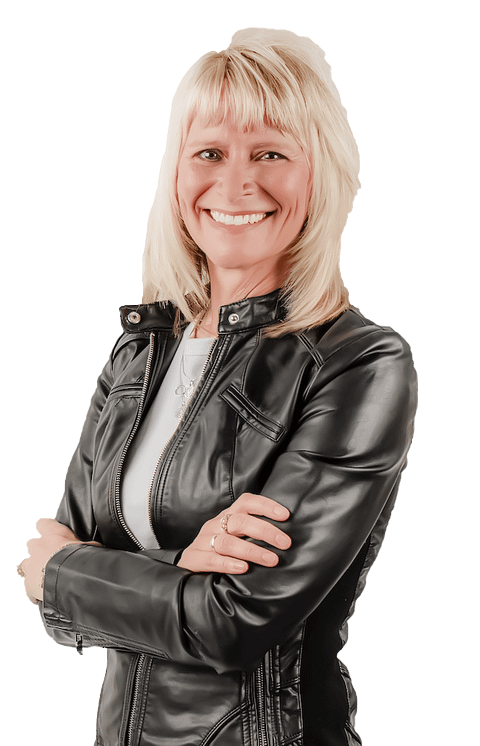 "There's nothing to writing. All you do is sit down at a typewriter - and bleed."

Writing is like riding a razor-thin line between creativity and insanity. First off, throw out what you want for a character or what you’re trying to force on their lives. After you’ve done that, pop a nerve pill when they confess their deepest, darkest secrets that could land them in jail or a straitjacket. Then put them in jail or a straitjacket.
Let them misbehave, talk back, curse, cry, and make your life a living nightmare—doing all those things that would drive you mad as a friend or parent. Then number three…pray these people don’t kill you in the process. When characters have the freedom to peel back the layers in their own self-discovery, they will say things that are raw, crazy, and sometimes hard to stomach, but that’s critical to the nuance of the story. At least one that is steeped in real life.
I'd never envisioned being a novelist, but through a series of Lemony Snicket events, life had me doing a 180. As a result, writing is so much more than a paycheck or dream fulfilled. It's about YOU and providing an escape when you need a laugh or when life gets too real and dragon-fire isn't around. I hope you fall in love with my characters as much as I have and enjoy reading about their ups, downs, celebrations, and colossal mess-ups. We try to keep it real here...and funny.

Vice detective Ruby Rivera is one piece of evidence away from taking down notorious drug dealer, Mookie Spinks. But when her cover is blown, she reaches out to the only drug dealer who can piece it back together.

LA kingpin, Alejandro Gutierrez, needs an exterminator-one who'll take care of the rats in his buildings and the rat putting them there. When Rivera calls in a favor, he offers his expertise on one condition: she must provide information leading him to an old enemy. Trouble is, the detective knows Gutierrez serves one way--bloody.

When bullets start flying, Gutierrez is torn between saving himself and helping Rivera get her mark. Will their twisted alliance survive, or will Rivera cross a line she can't uncross?

Darcy Walker is benched after an off-duty incident and finds herself behind a desk as a 911 dispatch operator. But when a caller tells her a high-end smash-and-grab is being committed a few miles away, she’s left helpless when no units are available to respond. In Heist & Seek, LA’s most danger-prone rookie wrestles with old demons—stay put and color between the lines or go rogue and stop the crime herself.

Heist & Seek is the shock-a-minute sixth novel in the Darcy Walker Crime Thriller series. If you like gritty twists and heroines with a sense of humor, then you’ll love AJ Lape's newest funny mystery.

Writing Is Fun, But All Consuming!

What The Readers Say

Based on Darcy’s rec, I tried GM's Dark Magic coffee. It's indeed everything Darcy said about it. Give Green Mountain’s Double Diamond a try!

I love love love your Darcy Walker series!!! I’ve read them all the way thru twice and can’t wait for book 6. Please tell me there’s another book coming?

Are there going to be anymore audio books? I love listening to the books when I’m at work and I’ve already listened to one and two multiple times.

I can’t wait until the next book in the Darcy Walker Series comes out. How many books do you think there are going to be in total in the series?

Stay on top of the action!